And now, we finally round out the roster of our original Avengers! (Except for some minor rewrites coming for Iron Man and Thor, but shh, don't tell anyone!) This has been a long time coming, but we're finally able to have the complete team together, just in time for them all to break apart and completely reform the team.

EDIT: I actually had some discussion come up about Natasha's skill distribution recently, particularly her Persuasion skill. I figured it was relevant enough to link to here, so hopefully this is a nice little read into my design mindset and philosophy. 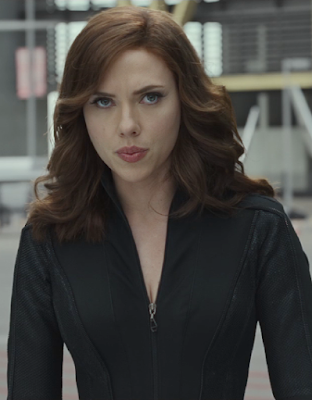 with
Natalia was recruited by the KGB at a young age and was placed into training in the Red Room facility, where she was indoctrinated and educated in Russian spycraft. Her expertise and effectiveness put her on S.H.I.E.L.D.'s radar very quickly, and Clint Barton was sent after her to eliminate the threat. He disobeyed this order, however, and recommended her as a S.H.I.E.L.D. agent. From there on, Barton and Romanoff became partners, and Natalia changed her name to Natasha.

In 2009, Natasha had a run in with the legendary Winter Soldier. After being hired to protect a nuclear scientist, the assassin eliminated his target by firing a round through her stomach and into the scientist. 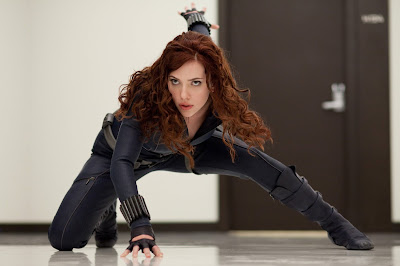 A couple years later, Natasha was put on a mission to infiltrate the Stark Industries legal department, working her way up the corporate ladder to get close to Tony himself and try to keep a close eye on him. She was quickly hired on as Stark's personal assistant after he signed his company over to Pepper Potts.

She witnessed the fight between Tony and Colonel Rhodes at the former's birthday party, and tracked down Stark later on with Fury to lay their cards on the table: they knew he needed to find a cure for the palladium poisoning, but he needed to make progress on it or they'd shut him down.

Romanoff was present at the Battle of Stark Expo, going with Stark's bodyguard to break into Hammer Industries HQ to intercept the terrorist Ivan Vanko. After stealing all the designs they could get their hands on and destroying the building, Natasha was ordered to shadow Bruce Banner at Culver University, and was almost killed as a bystander during the rampage. Afterwards, she was sent to retrieve Banner before General Ross captured him, but failed, instead capturing Samuel Sterns instead. 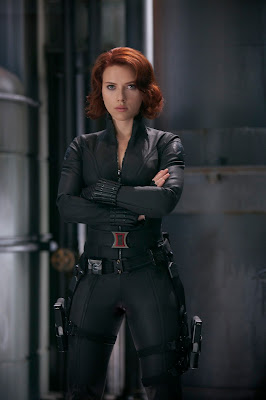 Romanoff was then dispatched to Moscow, where she searched for missing Stark Industries tech, infiltrating a night club to try and interrogate an illegal arms dealer. Unfortunately, her target was killed by an unknown assailant, and she was forced to escape. The assassin revealed herself as a fan that was after the alias of the Black Widow, and Romanoff agreed to meet with her to try and keep her from interfering further. These and several other confrontations ended in the death of the "admirer," as well as an aborted nuclear missile launch set to destabilize world peace.

Nearly a year later, Romanoff was tasked once again to collect Banner. Tracking him to Kolkata, she convinced him to come and assist S.H.I.E.L.D. with locating the tesseract, stolen by Loki. Banner agreed, and she escorted him to the S.H.I.E.L.D. helicarrier, before being assigned to transport Steve Rogers to Germany to capture Loki. During the attack, Stark arrived to halt the fight, capturing Loki, and on the way back to the Helicarrier Thor arrived to attempt to retrieve Loki, prompting Iron Man and Rogers to pursue. Eventually, Thor was persuaded to their side.

Back at the carrier, Natasha used her interrogation skills to trick Loki into telling her that his plan was to unleash the Hulk onto the carrier, but soon after Barton arrived under Loki's control and detonated a bomb on one of the carrier's turbines. The explosion triggered Hulk's transformation, which gave her chase but ultimately knocked her out. Upon waking, she was sent to intercept Barton, knocking him out and breaking Loki's control. Natasha then went on with Barton and Rogers to assist in the battle of New York against the Chitauri, and she was the Avenger able to retrieve Loki's scepter and close the portal. 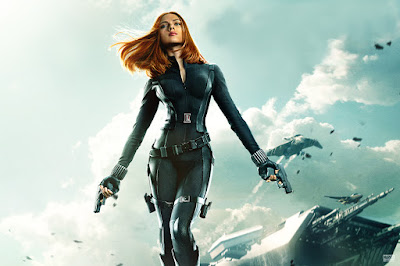 After this, Romanoff and Rogers became partners working on S.H.I.E.L.D. missions together, going undercover in a terrorist cell in Chicago and gaining their trust to allow Rogers to retrieve a stolen weapon from them. Two years after the battle of New York, her and Rogers were assigned to liberate the Lemurian Star, a S.H.I.E.L.D. vessel hijacked by Georges Batroc, though Natasha's real mission was data retrieval.

After Nick Fury's apparent assassination by the Winter Soldier, Natasha and Cap were forced undercover, trying to unlock Fury's secret USB with some encrypted data on it as their former STRIKE team hunted them down. They eventually found Arnim Zola, stored in a mass of computer banks in an old S.H.I.E.L.D. facility, telling them that he was recruited in Operation Paperclip and began to reform HYDRA within S.H.I.E.L.D. before a missile strike annihilated the base.

They survived and made their way to Sam Wilson, a friend of Rogers', and enlisted his help in overturning the HYDRA conspiracy, but not before another run-in with the Winter Soldier. After being taken to a hidden facility where Fury was still alive, they organized a plan to topple HYDRA and S.H.I.E.L.D., where Romanoff posed as a member of the World Security Council to get close enough to Alexander Pierce, Secretary of Defense and HYDRA agent, to get him to leak all of S.H.I.E.L.D.'s old files. She then spent the next year or so attempting to find a new identity. 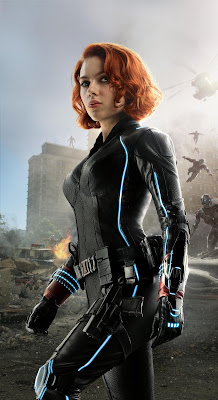 Natasha was eventually called back into action by Maria Hill, retrieving Loki's stolen scepter from a HYDRA base under Baron von Strucker. In this time, Romanoff and Banner had formed a close relationship, where she assisted him in calming down enough to revert into the good doctor. She was instrumental in the Ultron incursion, keeping track of Ultron's moves around the globe and assisting in intercepting Ultron's cradle, but was captured and taken back to Strucker's old fortress as a prisoner. Sending a signal out to the Avengers, she was rescued by Banner and assisted in the Battle of Sokovia by evacuating civilians and keeping Ultron's drones from dropping the city back to the earth.

From the ass that brought you Savage Everything! comes a blog solely dedicated to the Savaging of heroes, villains, and Extras from the Marvel Cinematic Universe (shorthanded as MCU)!
For those that are unaware, the MCU is the collection of movies and shows beginning with Iron Man back in 2008 produced in-house by Marvel. This includes The Avengers, Captain America: The Winter Soldier, Guardians of the Galaxy, and Daredevil, among other works.
Again, to reiterate from the Ground Rules post, this will only be pulling from sources canon to the MCU—including some of the tie-in comics—but I won't be pulling from the comics universes, nor from movies produced by Fox or Sony, or any of the DC-verse (depending on how the cast ends up, I may end up creating their own separate Savageverse blog as well). If I miss a character (somehow) that you think deserves a spot on the blog, let me know!
If you like the MCU, check out the unofficial wiki for a fair bit of juicy content.

“This game references the Savage Worlds game system, available from Pinnacle Entertainment Group at www.peginc.com. Savage Worlds and all associated logos and trademarks are copyrights of Pinnacle Entertainment Group. Used with permission. Pinnacle makes no representation or warranty as to the quality, viability, or suitability for purpose of this product.”